When I became a professional pet sitter almost 7 years ago, one of the first things I did was join the National Association of Professional Pet Sitters or NAPPS.  At the time I knew how valuable that membership would be personally and professionally.  But l had no idea how it would help me develop an intuitive ability by interacting daily with different animals. I couldn’t imagine at the time that I would unwittingly learn to understand my furry, feathered, and other 4 legged friends on a whole other level, and they me.

NAPPS sponsors monthly conference calls to help your build your business and avoid the typical pitfalls you might encounter. On one of those calls I met a woman that became my mentor. She had a very successful business in Sacramento California.

During one of our many conversations she said, “in about a year you are going to notice that you can understand the language of dog, cat, parrot and whatever critters you are spending time with.” She paused, I assume for effect and then said “in two years you will BE FLUENT.” She didn’t explain further, and I didn’t ask, but left the call scratching my head wondering what she was talking about.

Fast-forward two years. I’m visiting a client’s Blue and Gold Macaw named Oscar.  Oscar can be a bit surly and you really can’t completely trust him. He will nip or bite with little notice or provocation. I had lots of experience working with parrots so no big deal.

I was working to get the water dish off the perch so I could clean it. Oscar was a little too close and acting protective of his perch. I lured him to the other side of the perch with some treats in his food bowl but as soon as I started working the water bowl again he came right back. I asked him to “step up”. He refused, growling and nipping at my arm.  The client had a stick that they used to move him from place to place. I got the stick and Oscar growled at the stick and refused to step up onto the stick when I asked him to.  I thought now what do I do?

And then a moment of Zen. We stood there looking at each other for a few seconds. Connecting. Suddenly, Oscar slowly raised one of his feet and something in his demeanor told me that if I asked him to “step up” again he would do it. So I put my arm in front of him within nipping range and said “step up”.  He non-aggressively used his beak to move my arm closer so that he could step up onto my it. With him on my arm I walked a few steps and let him step onto the kitchen counter. I gave him some peanuts to munch on while I dealt with the water bowl.

With the water bowl cleaned, filled and screwed back on the perch I asked Oscar to step up again and moved him from the counter back to his perch.

Whoa, suddenly I felt a little like Dr. Doolittle. I just had a conversation with a parrot and I would say that we completely understood each other’s intent.

In fact, I’d been having “conversations” with my client’s pets for some time without even thinking about it. The words of my mentor floated gently into my mind and I understood what she had meant…I was FLUENT.  I can talk with the animals.

As a trusted caretaker, I love that my relationship with animals has evolved to the level that I have a true understanding of each individual animal, how to best interact with them and allow them to trust me. It is important to consider when hiring a pet-sitter to care for your beloved pets.

I would love to hear your stories about an interesting moment of communication with pets. Please post in the comments below.

Pets and Your Emotions 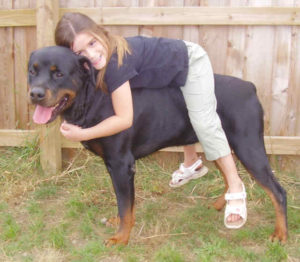 If you are a dog or cat owner, you have no doubt observed that your dog or cat can tune into your emotional state. Now there is mounting scientific evidence that supports what we as pet owners already know. We still don’t fully understand how they read our emotions but we know that they do. Researchers believe that pets can read and process visual, voice, and sounds ques and maybe scents to determine our emotional states. I believe it goes far deeper than just physical senses. As pet-sitters, who are being relied on to take care of pets while the owner is away, this is vital information.

Imagine this situation. You are walking up to a house at night to look after a couple of Rottweilers that you met once a few months back. As you approach the front door you realize that the house is completely dark inside and you can hear the dogs barking and growling. You freeze for just a second trying to recall where light switches might be and remember the dog’s names. The dogs are right at the front door. Here’s a question for you…would you be able to walk right in the front door as if you owned the place look after the Rottweilers?

Often we are called upon to look after pets that we may have only met once or have not have met at all. This means that, to look after them we must be able to walk into an animal’s home as if we belong there. If you are afraid of a dog, the dog knows you are afraid and may behave as such. This is not a good situation when the dogs needs to trust to you in order to receive proper care and attention.

Whether you are considering pet sitting as a career or for extra money over the holidays, here are a few tips putting yourself and pets at ease when entering a home:

1. When we enter a home to look after pets our minds set, our attitude, our feelings (emotions) are that we belong in the home to love and care for the pets and the pets can sense that.
2. Call out to the pets as you enter. Make sure they know you are there so you don’t surprise them.
3. Smile and greet the pets as you would greet your own pets in your own home. If you are calm and relaxed the pets will be too.